Virtue Fusion bingo sites offer a variety of bingo games, each with their own playing style and unique characteristics. Some simply require you to match lines, whilst others give out prizes for making pre-determined shapes. Some games also involve progressive jackpots that can result in huge wins.

The games take place in bingo ‘rooms’ – and each room will be dedicated on of the different bingo games. The exceptions to this are the multi-game rooms which rotate through the different types. Some of the rooms will also have special features – such as progressive jackpots, BOGOF bingo games and even free bingo. We should also point out that not all bingo rooms run all the time – and some of the rooms only run during the busy peak times.

For the most part, the rooms are shared between all sites on the Virtue Fusion network. However, a lot of bingo sites operate private rooms that are only available to their players. These private rooms are usually linked to some kind of promotion that the site runs – such as free bingo happy hours, or money-added jackpots.

There are four distinct game types that can be played, and are summarised below. For more details about any particular game, just click the ‘read more’ link.

The most popular form of bingo in the both the UK and on the Virtue Fusion bingo network is 90 ball bingo. It is played 90 balls and tickets made up of 27 squares (3 rows and 9 columns) containing 15 numbers. There are five numbers on each row, along with 4 blanks. Prizes are awarded for completing one line, two lines and the full house. In this version only rows count as ‘lines’.

There are quite a few options for games when it comes to 90 ball bingo, including games, such as the Chase, Big Banker Bingo, Emmerdale, Coronation Street, and Rush – just to name a few.

The least common form of bingo on the network is 80 ball bingo. It is played with 80 balls and tickets that are laid out in a four by four grid. Each square contains a number – so there are 16 numbers per ticket. This bingo variant can be played in a variety of different ways, including: Line & House, Four Lines and House Only. An example of 80 ball bingo is the game 1980 Bingo.

The most popular form of bingo in the US, and a variant that is gaining in popularity on the Virtue Fusion network. It is played with 75 balls and tickets made up of five rows and five columns. The middle square is a ‘free square’ and represented by a star.

There are two different types of 75 ball bingo – the first involves completing lines, and the second requires you to make specific patterns on the bingo ticket.

50 Ball Bingo features a card that has ten squares made up of two rows and 5 columns. Each square contains a number between 1 and 50 with 50 bingo balls numbered between 1 and 50 released and called out. Prizes are awarded to the first person who fills out line 1 of the card and then to the person who fills out the entire card. Coconut Island is a good example of a classic 50 ball bingo game.

40 Ball Bingo is made up of a bingo ticket that has eight spaces, arrange in four columns that are 2 spaces deep with each space having a random number between 1 and 40. As you may have already been able to guess, there are 40 balls, numbered between 1 and 40, which are drawn at random and then read aloud.

If your ticket has said number, this is automatically ticked off with the aim being to tick off a line or pattern’s worth of numbers to win a prize – or better yet, the entire card! An example of 40 ball bingo is the ultra popular Rainbow Riches, themed after leprechauns and pots of gold.

This quirky bingo game is played with a deck of cards instead of bingo balls. Your tickets consist of 9 playing cards arranged in a 3 by 3 grid, and can include up to two jokers (one red, one black).

The games listed in the section above are all distinctly different from each other. There is also another versions of these games that you can play, that come with minor modifications or bonuses. 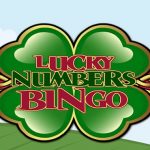 Lucky Numbers bingo is a 90 ball bingo game with the addition of three ‘lucky number’ jackpots. When you buy your tickets you get to choose three ‘lucky numbers’. To win, you must match one of your lucky numbers to the number used to complete the 1 line, 2 lines or full house prizes. The prize you receive depends on how many you matched (1, 2 or 3) and getting them all right wins you £500. 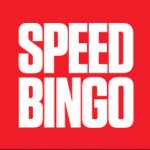 Speed bingo is just like regular bingo, but faster. So, if you’re a seasoned bingo player and you’re finding the pace of play a little to slow in the regular rooms, or you find the wait for the next ball when you have 1tg a little too nerve racking, then this game might be for you.

Usually balls are called every second, so try to keep up! Speed bingo can be found in the ‘Garage’ network room.

Deal or No Deal Bingo 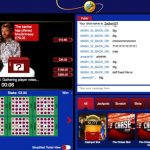 Not to be confused with the bingo site of the same name, this is a bonus game that can be added to both 75 and 90 ball bingo variants. The game is played in special ‘Deal or No Deal’ rooms and the main game is the same.

However, there is also a bonus game where the player who wins the full house gets to play against the banker to win bonus cash. Plus a community jackpot can be won, 50% of which is shared amongst all players who bought tickets in the game. 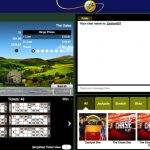 Themed around the long-running ITV soap opera, Emmerdale, this is a 90-ball bingo game that makes up for in feature games what it lacks in terms of a single progressive jackpot. It’s a Gala Bingo exclusive and rewards loyal players.

Though, as mentioned, there’s no single jackpot, there are several smaller jackpots that are won by hitting given targets. Fans of Emmerdale who are also bingo lovers will most certainly enjoy this game. 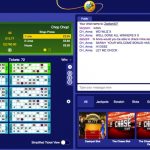 Rush is a fast and furious variation on 90-ball bingo, with games centred around the idea of getting things done as quickly as possible and getting straight onto the next one.

There is a progressive jackpot that rolls over until it’s one, but one of the main features of the game is to place side bets on things like the colour of the ball that results in House or whether it will be Odd or Even. 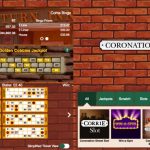 Another 90-ball bingo game based on a hit ITV soap opera, and exclusive to Gala Bingo Coronation Street has both a main jackpot and a feature game. The latter is called the ‘Golden Cobbles Jackpot’ and anyone who completes a line, 2 lines or House on the Golden Cobbles bingo ticket wins a corresponding prize.

Fans of the the show will enjoy the sound of either Reg Holdsworth or Fred Elliot calling out the numbers. 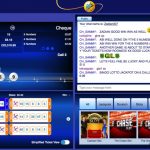 Bingo Lotto is another game exclusive to Gala and is something of a cross between bingo and the lottery – two of the nation’s favourite games! It’s played like a 50-ball game, except it only has 49 balls and the jackpot starts at £25,000 and increases each time it’s not won.

The balls are released in lotto fashion and the bingo ticket is designed to look similar to that of a lotto ticket where three numbers will win you the first prize, four numbers for the second prize, and all six numbers for the jackpot. 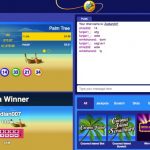 As the name suggests, you’ll find a distinctly Caribbean feel to Coconut Island Bingo where you can escape to a tropical island in the comfort of your own home, whilst enjoying a game of bingo! 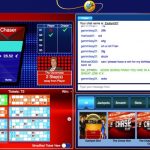 With calls done by the Governess, this game is themed around the hit TV quiz show of the same name, the Chase. It’s a 90-ball game and has a progressive jackpot, as well as an interesting feature.

The feature is where the Chase’s theming really comes into its own and it’s a chance to win a decent whack of money in addition to the House prize. Any fans of the gameshow looking for a bingo game will definitely find this version quite enjoyable. 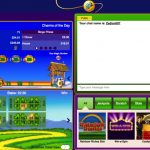 Themed around clichés from the Emerald Isle, Rainbow Riches is a 40-ball game that sees contestants trying to fill their clover leaf-shaped ticket. There’s a leprechaun on a rainbow whose progress along it leads to the game’s jackpot’s being won, as well as a wishing well that fills with gold coins for loyal players in order to reward them.

This is probably one of the most popular games out there for both seasoned players and newbies alike! 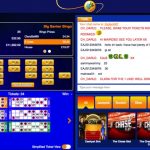 Another Gala Bingo exclusive, Big Banker Bingo is a 90-ball game and has a progressive jackpot that starts life at £5000 and increases every time it’s not won. The main theme of this game involves a ‘banker’ trying to persuade the winner of House to take an amount of money on offer rather than what’s ‘in the box’, or in the safe as the case may be. That’s the feature game and if you’re lucky you can add a decent amount to your House winnings.