Unless you’re Al Capone and don’t fancy something that seems a bit like a busman’s holiday, you’ll want to know all about this game in order to make an informed decision about whether or not it’s worth playing. That’s why you’ll want to read our in-depth review. 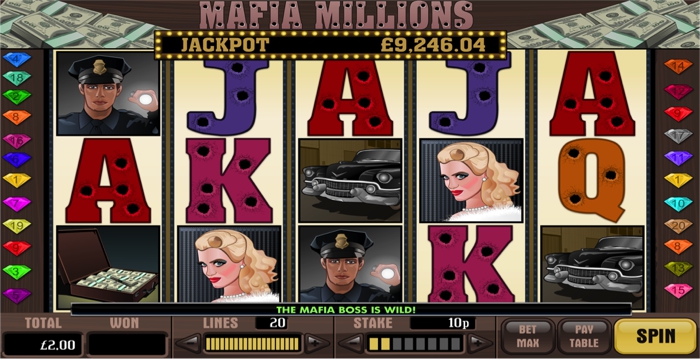 There aren’t many special features worth talking about in this game, truth be told. There are a couple, though, so here’s what you need to know: 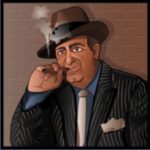 The Mafia Boss is a Wild in Mafia Millions, so keep your eye out for those symbols. It can replace any symbol on the reels apart from the Bank Vault, which will give you increased opportunities to win.

You couldn’t have a Mafia Millions slot without a badass Boss smoking a cigar in a pin-striped suit! 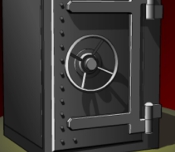 Any proper crook worth their salt likes the look of a Bank Vault. That’s why you should be hoping that you see that symbol landing on your reels, because three or more of them will result in you picking up some Free Spins. Get three and you’ll have ten Free Spins to play with, you’ll get twenty Free Spins if you hit four Bank Vault symbols and five Bank Vaults will result in thirty of them.

There’s a progressive jackpot in the Mafia Millions game that will be won if you see five of the Mafia Boss symbols landing on your active pay lines. How much of it you’ll be rewarded with depends entirely on how much you’ve staked on the line that you’ve won on. If you’ve only staked 5p, for example, then you’ll pick up 2.5% of the total jackpot, which then increases all the way to 100% for a £2 stake.

With an RTP of 94%, Mafia Millions finds itself squarely in the ‘fairly standard’ bracket of Return To Player amounts from Virtue Fusion games. There are others that can slip as low as the 90% mark, whilst a few can even get as high as 98%. That’s why no one is going to be blown away by 94% but it’s unlikely to cause any major complaints. We’re never convinced that basing your game choice on the RTP is a sensible way forward anyway. Admittedly if you see one that’s hovering at around 88% then that’s probably a game to avoid, but you won’t necessarily constantly return to one with a 98% RTP if the gameplay is rubbish. Unless the financial side of things is all you care about, judge a game on what it’s like to actually play.

The irony in this particular instance is that the gameplay is also decidedly middle of the road. There’s not an awful lot wrong with it, but there’s not a huge amount that will grab your attention either. Neither the Wilds nor the Free Spins will be enough to keep you coming back when you compare them as mini games that you’d encounter in other Virtue Fusion slots. Even the Free Spins game is a little under-whelming when you realised that some games allow you to keep winning Free Spins within the mini game and this one doesn’t. Not everyone cares about how good the side-games are, of course, but it’s worth mentioning that they’re a little disappointing when it comes to Mafia Millions.

People who aren’t all that interested in the side games tend to be more interesting in things like the overall theming. On that front there’s plenty to like here. The main screen sees the reels sitting in front of what is presumably a bank, with a wall below two stacks of money. We’ve already mentioned symbols like the Bank Vault and Mafia Boss, but the rest of them are well-designed to fit in with the theme. There’s a Gangster’s Moll, for example, as well as a Police Officer, an Escape Car and a Suitcase of Money. Even the Jacks, Queens, Kings and Aces are filled with bullet holes, ensuring that they fit nicely with the overall theme. One thing worth mentioning is that the reels do seem to blur a little when they spin, with the graphics of the game seemingly not good enough to allow for a smooth bit of play.