There’s not an awful lot to Ladies Leisure, to be totally honest. Still, it’s worth having a read of our in-depth review to decide whether or not it’s for you. 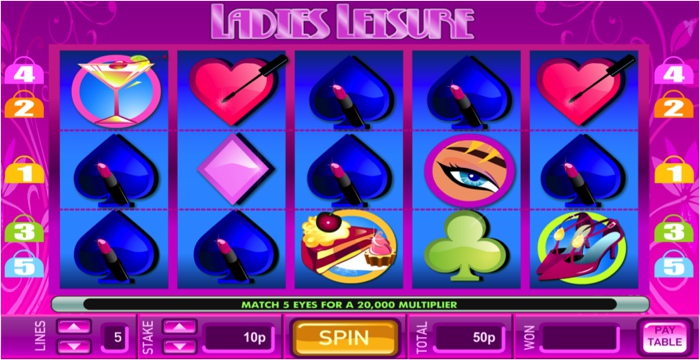 There’s only really one special feature in play during Ladies Leisure, which we’ll tell you about here. Reading this before you play the game will give you an indication of what to watch out for once you press ‘Spin’. 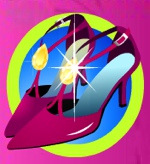 It’s entirely fair to suggest that this is a game of clichés, so it’s only right that even the special feature within the game feels a little bit like the makers have said, “What do women love? Shoe shopping. That’ll do.” The game is triggered by landing a Shopping Girl Scatter on the first reel of any active line.

Once your spin is complete you’ll be transported to a shoe shop. Once you’re there you’ll have the chance to pick three shoe boxes, with the aim being to find a matching pair of shoes inside them. If you do then you’ll win a prize, which will be denoted by the champagne flute filling up. The game will keep going either until you lose or you’ve ended up playing through all of the different rounds. At that point your winnings will be added to your account and you’ll go back to the normal game.

If we’re being entirely honest, Ladies Leisure strikes us as being an entirely vacuous game. It is, as we mentioned before, based completely around clichés of thing that women ‘love’. These things make up the various symbols that can appear on your reels, including the likes of Shoes, Cake, Lipstick and Eyeliner. The theming carries on along these lines wherever you look, with the line numbers being found inside handbags and the over-riding colour of the game being pink. You might not mind any of this and think it’s all a bit of a laugh, but any feminists amongst you will likely roll your eyes in despair at the horror of it all. No amount of art deco font usage or sparkling symbols will make up for a complete lack of thought that women might like to do anything other than drink cocktails or go shoe shopping.

Away from the rather dreadful theme, the gameplay itself is perfectly decent. The reels spin quickly and smoothly, having none of the blurring you’ll find on older Virtue Fusion games that don’t have the ‘under-the-hood’ capabilities to cope with heavy graphic usage. The Shoe Shopping game might be mildly insulting to women, but it’s fun enough to play. You get to click on different shoe boxes and the shoes themselves jump out to reveal whether or not they’re a pair. If they are you get some money, if they’re not you don’t. The problem is that it’s the only special feature that the slot offers and that means you feel as though you’re waiting for ages to play it, then it’s over too quickly once you have. The only thing worth hoping for is that you’ll hit five of the Eye symbols on the same active row, given that this results in a multiplier of 20,000 coming into play. With a maximum stake of £1 that’s not a bad amount of money. The rest of the time you’ll likely be paying at least 50p per spin, given the minimum stake is 10p per line. You can lower the number of lines you play, but then you’re reducing your chance of winning.

Whether or not you like this game will depend entirely on your sensibility, though the reality is that the gameplay really isn’t interesting enough to keep you coming back for more. Having said that, it’s not the sort of game that’s really designed to be particularly engrossing. It’s a bit of a fluff game, aimed at keeping you busy for a couple of minutes if you’re in between bingo games. With that in mind, then, is the Return To Player average good enough to engage you for longer than just a moment or two? The simple answer is ‘no, not really’. 95.7% is definitely better than the 94% you’ll encounter with the vast majority of Virtue Fusion slots, putting it in the ‘decent’ category. Yet there are far more interesting games out there than Ladies Leisure that boast RTPs of up to 98%. You can play them for just a couple of minutes if you’d like to, so there’s no real reason why you’d jump on board the rather unimaginative shoe shopping bandwagon, truth be told. A Return To Player amount should never dictate whether or not you play a game, considering that most of them aren’t too different from each other and you’ll win and lose money regardless. The gameplay is the real key and on that front Ladies Leisure is found wanting.