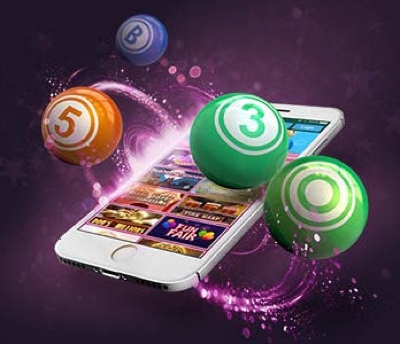 Bookmakers aren’t idiots, so as soon as they noticed that there was a real opportunity to make money by setting up their own online bingo sites they jumped at the chance to do exactly that. Will they ever be able to challenge the giants of online bingo like Gala or Mecca? Probably not, but they don’t really need to. All they need to do is attract enough new customers to turn a profit and also convert some of those that use their sportsbook into bingo players. The result is that countless major bookies now have excellent bingo options available to those of you that are willing to stray off the beaten path ever so slightly.

Paddy Power is one of the best-known bookmakers around, thanks in no small part to their willingness to get up to mischief when it comes to what they offer odds on. They regularly go big on promotions, which is perfect as a punter because we get to take advantage of those promotions and earn ourselves some money if we play (or should that be mark?) our cards right. The bingo section of the Paddy Power website has been in operation since December of 2007, adding to an already impressive array of offerings that the Irish bookie had in play. Here you’ll learn all about how their loyalty program works and what else you need to know to enjoy their bingo rooms.

New Customer Offer only. Deposit and spend £10 on bingo tickets within 30 days of joining Paddy Power Bingo. Get £30 paid as Bingo Bonus (x1 wagering requirement), £10 as Slots Bonus (x20 wagering requirement) & 40 Free Spins ( £0.10/spin) on Mystery Reels Megaways slot game. 1 per customer. Your age and mobile number must be verified before you can avail of this offer. Full T&Cs apply.

It’s not uncommon for bookmakers to offer loyalty programs to customers, hoping that it will encourage them to keep coming back and playing their bets with them. Paddy Power have learnt from that and offer a similar package to their bingo lovers, choosing to call their bingo loyal program the ‘Star Rewards’ system. You can make your way through the levels by playing bingo regularly on the Paddy Power site, rather than jumping from one bingo provider to another, and the more that you do that the more reward you’ll receive in exchange.

The point of loyalty programs, of course, is that you receive things in exchange for every amount of money that you spend, climbing the loyalty ladder until you reach the top and your rewards become the best that they can be. When it comes to Paddy Power’s scheme, you’ll start life as a White Star before moving up to become a Silver Star. After that the natural progression is to become a Gold Star member, before everything reaches its conclusion when you become a SuperNova. Why the entry-level is called a White Star rather than a Bronze Star is anyone’s guess, though a Bronze Star may well be a reward for military bravery…

How you earn Star Points will vary depending on the level you’ve reached. You’ll also find that the rewards improve as you move through the levels, so it’s definitely something worth doing if you’re going to regularly play bingo with an online provider. You have to play with cash in order to get your Star Points, though regular promotions may see you rewarded with some Star Points so keep an eye out for them.

Here’s a little look at how many Star Points you’ll earn per £10 spent on bingo games, side games and in the casino, as well as the other benefits you’ll get as part of each loyalty tier:

As soon as you’ve earned 500 Star Points you’ll be able to start exchanging them for bonus points. It’s worth noting that the SuperNova level is the VIP level of the loyalty program. As a consequence, it’s only open to select players and is invitation only. 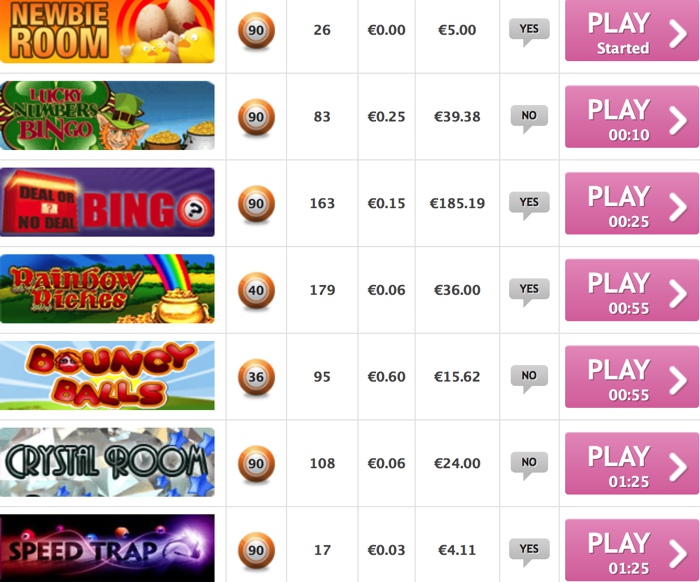 Virtue Fusion is a powerhouse in only bingo game making, so the likelihood is that if you know your bingo then you’ll have heard of them. They have generic games that they use on most skins that they install for different companies, but the best bingo providers also have a few games that are exclusive to them. For Paddy Power, those games are as follows:

As the name suggests, this room is only available to newcomers. It’s open from 12pm to 1pm and 7pm to 9pm Monday to Saturday and 7pm until 8pm on a Sunday. This is where you’ll want to head if you haven’t played much bingo before and aren’t sure where to start.

For reasons known only to themselves, Paddy Power don’t tend to advertise what times their rooms are open. A chat with an online support person won’t help you narrow it down any either. What we can tell you is that there are numerous rooms that are themed after various precious objects, including the Diamond Room. This 75 ball bingo room has games starting at 10p and growing up from there.

Another room named after a precious object, the Crystal Room is a 90 ball bingo room with games starting at 30p. Not all rooms have Chat Moderators, but this one does.

Is gold the most precious metal? Not according to scientists, but spend a little bit of time in this 90 ball bingo room and you’ll certainly feel as though it’s good enough for you!

Who doesn’t like pearls? The Pearl Room is a 75 ball bingo room that will keep you entertained for hours.

Most bingo operators have one room that operates at a quicker speed than most of the others. For Paddy Power that’s their Speed Trap room, so head to this 90 ball bingo room if you want to play games at a faster pace than usual.

The clue is in the name when it comes to this one. Games start at the rock bottom price of 1p here and you’ll always find yourself able to take advantage of a bargain bingo game or two. As with most of the others, this is another 90 ball room.

Obviously a company named Paddy Power has to have a room named after Paddy. This 90 ball room has games starting at 5p and is where you’ll find most of the Paddy related promotions being applied.

Last but not least, the Topaz Room is another 90 ball room that is often quieter than some of the others. Games here can start from as low as 2p, so if you’re not keen on the theming of the Super Bargain Room but would like to play some games with not much money then this room should catch your attention. 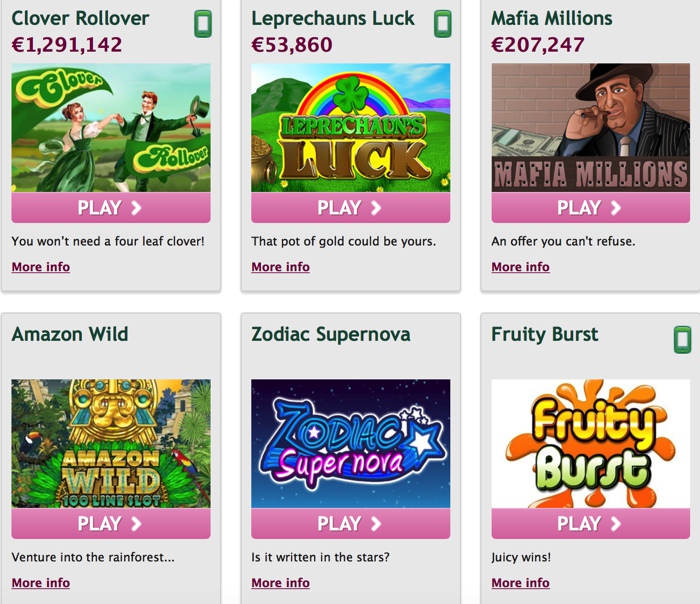 It’s not only bingo rooms that Virtue Fusion networked sites have supplied to them. Playtech, the company behind Virtue Fusion, are also one of the biggest suppliers of slot games and they have a number that they install as standard on all of the bingo sites that they operate. As with the bingo rooms, though, there are also numerous exclusive games that each and every company has to keep their users interested.

Bizarrely, considering that Paddy Power almost seem to be secretive about their bingo rooms, they have got an entire section devoted to the exclusive side games that they offer. There are far too many to list here, but we can give you a vague idea of the sorts of games that you’ll be able to play. In essence, there’s barely a theme you’ll be able to think of that you won’t be able to find a game in the style of courtesy of the Paddy Power website.

Easter Monday is a game themed around the idea of eggs and chocolate, whilst Sphinx Gold is all about the Egyptian theming. Monte Carlo Racing is a game that has the stylings of a top-class casino and F1 combination, whilst it won’t take you long to figure out what Pirates is all about! Paddy’s Lucky Pigeon is one that a few of you will be interested in because the pigeon also features in the company’s adverts for their bingo pages. All told, there’s plenty to keep you happy when it comes to games other than bingo.

Bookies know what they’re up to when it comes to banking options. They want to keep their customers happy so there are plenty of different ways to get money into your account via Paddy Power’s banking section. Debit cards, for example, have a minimum deposit amount of £5 and a minimum withdrawal of double that. The same is true of all other banking methods, including bank transfers, NeTeller, PayPal, PaySafeCards and Skrill.

Paddy Power was formed in 1988 when three different Irish bookmakers decided to merge their forty shops to make one powerhouse of a bookies. Those three bookmakers were Stewart Kenny, David Power, and John Corcoran and it was decided that Power had the best known name so that was the one that they should go with. Because they wanted to expand the business into the rest of the United Kingdom at some point they also decided to add the word ‘Paddy’ in front of it, making clear that it was an Irish company with a clear branding. After launch the company chose to engage in a reasonably dramatic expansion strategy, taking over shops throughout Irish towns.

When they first launched bingo in 2007 they decided to use the Parlay software for it. That changed in 2009 when they teamed up with Playtech for their Virtue Fusion software instead. By November of 2011 they were the biggest bookmaker in Europe. Four years later and they agreed a merger with Betfair, becoming Paddy Power Betfair when the merger officially went through in 2016. Not the most imaginatively named company in the world ever, but Paddy Power have done their best to ensure that their bingo is one of the ‘best of the rest’. If you’re toying with whether or not it’s worth trying them out then toy no longer – you won’t be disappointed.