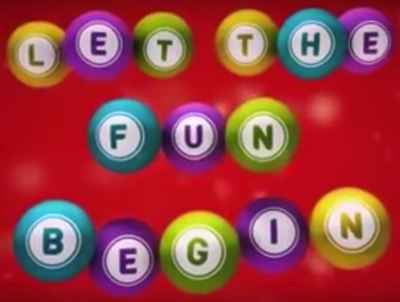 Online bingo companies tend to fall into one of two categories nowadays: those that specialise in bingo and those that offer bingo alongside other services. Given that Ladbrokes can trace its history as a bookmaker back to as early as 1886, it’s fair to say that they very much fall into the latter category.

Though they are best-known for their sportsbook, they’ve developed their offerings to become one of the biggest and most all-encompassing online operations in the United Kingdom. We’ll delve into the current situation at Ladbrokes later on in this article, but for now we’ll just point out that they are a veritable behemoth when it comes to online gaming.

Their decision to launch a bingo arm pre-dates the company’s merger with the Gala Coral Group, but it certainly didn’t harm their cause when they linked up with one of the biggest names in the game. The fact that they’re such a huge name in the world of bookmaking doesn’t hurt you as a customer either. You can actually collect your winnings in any of the company’s high street shops, plus there are numerous promotions and deals available on a regular basis. If you’re the sort of player that likes to stick with the household bingo names then Ladbrokes might just be the company to tempt you to give a different one a go. Read on to find out more about what they’ve got on offer.

Deposit and wager £10 or more on bingo and receive an extra £40 bingo bonus. There is a 2x wagering requirement on the bonus, which means you will need to play £80 worth of bingo in order to withdraw any winnings.
Claim Offer

If there’s one thing that bookmakers now how to do well then it is surely how to reward their most loyal customers. That’s something that Ladbrokes have carried over into their bingo room, introducing their On The House Rewards loyalty scheme. The good news for punters is that they’ve recently given it a bit of a makeover, meaning that you’ll now earn even more rewards the more that you play. The reason it’s named ‘On The House’ is that you essentially make your way through the different rooms of a ‘house’ every time you earn more loyalty points.

As is the nature with such loyalty schemes, the higher up you get the more beneficial it is to you as you’ll find yourself earning more and more points. Every player starts life in the Garden, aiming to get into the house courtesy of a walk down the Hall. Once you’ve taken your coat off and settled in you’ll be invited through to the Cocktail Lounge to enjoy a drink or two. Dinner will be served after you’ve earned more loyalty points, so expect to called into the Dining Room next. No impressive country house would be complete without a Ball Room, so that’s the penultimate tier that you’ll be able to climb to. You’ll know you’ve truly made it, though, when you find yourself in the Penthouse.

You’ll be able to make your way through the house by earning a given number of points within a calendar month and if you don’t earn enough to maintain the level you’re on then you’ll drop down to the one below it. A point is earned every time you spend £1 cash on the bingo or £10 cash on mini-games.

Here’s an outline of the number of points you need to earn for each level of the house, as well as the amount of free bingo you’ll receive and the rate at which you’ll be able to redeem your bonus points:

As well as the ability to exchange points for cash in increments of 75 and a given amount of free bingo each week, you’ll also get a bonus amount of money added to your account on your birthday. That kicks in when you make it into the Hall, starting at £5 and working its way up to £50 when you’re in the Penthouse. In short, it pays to be a loyal customer with Ladbrokes Bingo.

Much like the rest of the Ladbrokes site, the bingo rooms follow the pattern of being ‘part of the house’. The Treehouse is open twenty-four hours a day, seven days a week and is a 75 ball room with all of the usual chances to win.

Another 75 ball version of the game, this room is open from twelve noon until midnight Sunday to Thursday and from 11am until 1am on Friday and Saturday.

Room With A View

This 75 ball pattern bingo game is open from 4pm until 11.30pm every day of the week. Somewhere to head to if you fancy something a little bit different.

The only 80 ball game on the Ladbrokes Bingo site is The Basement. Open from 9am until 9pm every day, it’s worth popping here if 80 ball bingo isn’t something you know that much about.

90 ball bingo is perhaps the most popular version of the game in the United Kingdom, so it’s no surprise to see Ladbrokes offering a few version of it for your enjoyment. The Attic is open from 8am until 2am seven days a week and also features a Community Jackpot.

Doesn’t all of the most fun happen in the bedroom? Certainly it’s where the playing surface is level, so this room is considered to be ‘fair’ and all tickets are 10p to buy. You can buy a maximum of twelve tickets and the room is open from 8am until 2am.

This is a networked room that’s open every minute of every day. Tickets start from as little as 1p and there are also regularly games like Buy 1 Get 1 Free to keep you interested.

The Lucky Loft is open from 12pm until 2am daily, with a character called Laddie leading the way. The beauty of this room is that if you are on 1TG when Full-House gets called then you don’t need to rue your bad luck. Instead you’ll be entered into a bonus round with the chance to win a prize that ranges from 10p to £250.

No self-respecting party home owner would live somewhere without a garage. Garages, of course, are where you’d find fast cars, so this is the room to head to if you’re a fan of speedy bingo. Open from 12pm to 12am every day of the week, you’ll want to head here if you like your bingo played high octane.

As we’ve already mentioned a number of times, Ladbrokes is a behemoth of an online gaming company. It goes without saying, therefore, that there is so much more that you’ll be able to do with your account than simply play bingo. For starters, within the Bingo tab of the site you’ll find another section labelled ‘Slots and Mini Games’. Head here for your chance to play some of your favourites from the Virtue Fusion network.

There are other, bigger slot options available by heading to the ‘Slots’ tab at the top of the Ladbrokes website. There’s another tab next to that labelled ‘Games’ that will give you the opportunity to spend some time playing the likes of roulette, Starburst and Gonzo’s Quest.

Unlike some sites, Ladbrokes don’t allow you to search for games and slots that exclusive to them. There are definitely some knocking about, however, so make sure to check out the three different sections we’ve outlined here in order to find one that suits your needs. If you’re a regularly player on Virtue Fusion sites then you’ll know the games that you’ve played before and the ones that you haven’t.

When it comes to your banking options, you’ll find that Ladbrokes run them in the same way whether you’re using their sportsbook or their bingo. You’ll be able to register up to ten different payment options on your account, making life much easier for you. Whichever method you opt for, you’ll find that there’s a minimum withdrawal amount of £5, the same minimum number that you’ll have applied when you make a deposit. There are different minimums if you use alternative currencies to Sterling.

As for the various payment methods, they are numerous. Ladbrokes is such a massive company that they’ll take pretty much anything you can think of, though it’s worth bearing in mind that you’ll only be able to use certain payment methods if you’re banking via your mobile. These are limited to PayPal, NeTeller, Skrill, PaySafe and debit cards. The likes of Trustly, bank transfers, Giro Pay and entropay are available as additional payment methods if you bank via your desktop computer.

Ladbrokes as a company was formed in 1886, as we mentioned before. Back then it was as a commissioning agent for horses that had been trained at Warwickshire’s Ladbroke Hall, from which it gets its name. The company has been grown year-on-year ever since then, with purchases such as the 1989 acquisition of Vernons Football Pools and the 1998 purchase of Coral. They had to sell their rival bookmaker the following year after the government’s Monopolies and Mergers Commission found that the combination of the two was an anti-competitive move. They did finally manage to get the deal over the line in 2016, by which point Coral had become the Gala Coral Group.

The gambling industry is a constantly evolving one, of course. Almost no sooner had the merger of Ladbrokes and Gala Coral Group gone through and a new company called Ladbrokes Coral Group plc been formed in November of 2016, a new takeover deal was in the pipeline. Apparently GVC Holdings had attempted to buy Ladbrokes just before the takeover of the Gala Coral Group, but when that went wrong they were forced to delay their attempted purchase until a later date. That later date was December of 2017 when a deal that could rise to £4 billion was agreed. That’s relevant and important when it comes to their bingo operations because GVC Holdings already own another of the nation’s favourite bingo companies, Foxy Bingo.