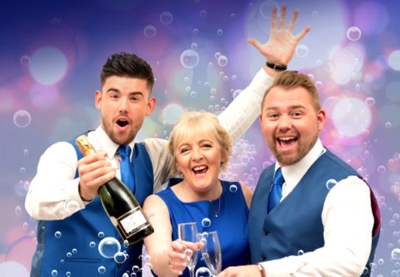 In the world of bingo, there are few names as well-known and well-respected as Gala Bingo. They are the name in bingo, being one of the first companies to launch an online and realising the potential of that market. Part of the reason why they are so well known is that they’re big sponsors of prime time TV shows that are popular with the bingo crowd. This includes the likes of Coronation Street and Emmerdale on ITV as well as Channel 5 shows such as Neighbours and Home and Away.

We’ll tell you more about the history of Gala Bingo later, but for now it’s worth pointing out that the company is part of the Ladbrokes Coral Group. This was is to a merger between Gala Group and Ladbrokes that occurred in 2015, though you’ll be interested to know that they’re run as separate companies. Still, it’s handy to be aware that you’re not only dealing with one of the best bingo companies in the UK but that it’s also part of a wider family that includes one of the countries most trusted bookmakers.

Get a 20 free spins upon registration and then a further £30 bingo bonus when you deposit and spend £10 of your own money. As always the bonuses come with wagering requirements so check the Gala Bingo site for full details via the offer link below.
Claim Offer

Unsurprisingly for a company as big and respected as Gala Bingo, their loyalty program is exceptional. Customers get involved in it by collecting ‘Happy Points’. The beauty of the system is that you don’t need to ‘opt-in’ in order to get involved, instead earning them every time you buy a bingo ticket or play on one of the company’s slot games. As is the nature of such schemes, you’re being rewarded for your loyalty so the more you play Gala Bingo games the points you earn.

Gala have come up with a system whereby you climb a ladder of loyalty and the higher up the ladder you get, the more points you earn. If you’re wondering, the levels are named after things that begin with the letters ‘CH’, though why is anyone’s guess. You start off Chilled simply by being a Gala Bingo member and playing on the company’s games. Once you’ve earned 3,000 Happy Points you’ll be promoted to being Cheery, with Chirpy the next level on the ladder for those who’ve racked up 12,000 Happy Points. Earn 25,000 and you’ll be Cheeky.

As with most loyalty schemes, there are levels which are for VIP players and these are both Invite Only. In terms of names, Gala have opted for Chipper and then finally Chuffed. Don’t feel like you can be complacent when you’ve hit the level you want to be on, though. If you don’t maintain the Happy Points during the course of a calendar month then you’ll be shifted back down a level. What, though, is the points of moving up a level?

You earn Happy Points with every pound that you spend, but the higher your level the more points you’ll earn for your pound playing the various games. Here’s how the numbers work:

You know, then, that you’ll earn Happy Points every time you spend your cash balance, but what do you do with them after that? You can then use your Happy Points balance to redeem it for cash to spend on Gala Bingo games, with no wagering requirement in place and 1,000 points equalling £1. That means that you’ll essentially be earning free money every time you play bingo or have a go on the slots or games on the site, which is what you joined up to do in the first place. Told you it was exceptional.

Because all of the companies we’re talking about on this site are on the Virtue Fusion Network, which is part of Playtech, most of the games that you’ll find on one site will also be available on the others. Gala Bingo is a huge brand, though, so it’s not a shock to see that that’ve got more than a few fames that are exclusive to them. Here’s some info about them:

Themed after the hit ITV soap opera that Gala Bingo sponsors, this is a 90 ball game that has its own Golden Cobbles jackpot. It’s open at all times and games can played from as little as five pence, with more than £10,000 paid out daily.

Another game themed after a much-loved TV show, The Chase is a 90 ball bingo room with the opportunity to take on the likes of The Vixen, The Beast and The Sinnerman if you get a full house. Again, games start at 5p. If you’re wondering when you can play it, it’s open twenty-four hours a day and seven days a week.

Big Banker Bingo is not themed after a TV show, though you might recognise the game’s layout and how it works if you’ve played Deal or No Deal before. It’s another 90 ball game and the room usually pays out about £2,000 per day. It’s open from 8am until 1am and games start at 5p.

Back to a game themed after a much-loved soap opera, this time it’s the turn of Emmerdale. A 90 ball room that’s open from 8am until midnight, games start at 5p and the average one pays out £48. There’s an odd little bonus game involving 4×4 that will send you along your way a given number of squares if you win a full house.

A game that will make you feel like going on holiday, Coconut Island is a 50 ball game that’s open from ten in the morning until midnight. This is a room where you can win with either a line or a full house, so it’s a nice place to start.

You’ll get an idea from the title what this one’s about – it’s a cross between bingo and the lottery, with 49 balls going into the bowl and games starting at 5p. There’s a jackpot of £25,000 available to anyone who gets six numbers straight off, so it’s worth popping into this room between 6am and 1am.

Much like with the bingo rooms, there are numerous games that are covered as standard on the Virtue Fusion Network. Gala Bingo like to make sure that their customers get to experience something unique, however, so there are a few that are exclusive to the site. You’ll find them under the ‘Slots & Games’ tab at the top of the site. There are a large number of them, so we won’t tell you in-depth about them all. Even so, here’s a little bit of information about some of them to give you an idea what we’re talking about:

Themed after a cartoon newspaper, this is a 5-reel game that gives you the opportunity to win numerous prizes with one spin. There are bonus rounds based on the idea of being dropped a story or a decent photo from the paparazzi and you could end up scooping the £250,000 jackpot.

This game is as popular as the proverbial hot cakes, thanks in no small part to the £250,000 bonus pay-out. It’s another 5-reel game but be warned – the theme will have you licking your lips and fancying picking up some sweets the second the balls have finished being picked.

A new one for the site, this jungle-themed game also boasts a £250,000 prize. You can end up receiving unlimited free draws if you activate the multiplier. They’ll keep going until they run out or you manage to strike it lucky and hit the jackpot.

You’ll not be overly shocked to learn that this game has got an Irish theme to it. Symbols are dropped into a 5 by 5 grid and a chain of five matching symbols will be paid out on straight away. They’ll then explode, sending numerous other symbols down that give you even more wins.

A slightly more amusing game than the bingo room offers, this is also themed after the TV show. This time you’ll find bouncy balls with the faces of Emmerdale characters on them that are dropped into the room. Match the same character when they fall into place and you’ll have a chance of winning decent prizes.

A quick look at the site shows that there are more than fifty slots and games that are exclusive to Gala, coming from different providers than just Virtue Fusion. Have a look around the site and you’re bound to see one that has a theme that chimes with you, given the huge number available.

Making deposits into or withdrawals out of your Gala Bingo account will result ‘GI Ltd’ appearing on your bank statement, but what methods are open to you? Obviously all of the usual choices, such as debit and credit card, can be taken up, but you’ll also be able to opt for some newer methods that you might not have heard of before. EcoCard, Skrill, NeTeller, PaySafe and PayPal are all examples of these.

In terms of whether or not you’ll be charged a fee for using any of the options open to you, you don’t need to worry. Gala Bingo will not change you anything to make a deposit nor a withdrawal, though do make sure you check with whoever your payment issuer is in case they have charges of their own that you need to be mindful of. There’s a minimum deposit amount of £10 for all methods apart from PayPal, which is £10. The same is true for withdrawals, if you’re wondering.

We mentioned earlier that we’d tell you a bit more about the history of Gala Bingo and this is that promised section. The site was first launched in 2006, with the company using its own software back then before switching to the Virtue Fusion Network six years later. The company itself, however, dates back a wee bit further than that. Prior to 1991 the bingo halls were part of Granada Theatre Limited, with the change coming about when Bass Plc bought the company and merged it with the Coral Social Clubs that it already owned.

By 1997 there were around 130 gala bingo halls, up from just seventeen when the company was launched in May six years earlier. A management buy-in of £235 million saw them change hands. Over the next decade, they engaged in a serious act of acquiring their rivals, paying £90 million to First Leisure for their 27 Riva Bingo Clubs in 2000, for example. In 2003 the company was sold for £1.24 billion, getting moved on again two years later for £1.89 billion. Gala merged with Coral Eurobet in 2005, with a peak 174 clubs to their name two years later. There are currently more than 130 bingo clubs around the country, which is a 24% share of that particular market.